Grande Centre Point Group of Hotels revealed last year’s revenue of more than 2,200 million baht with ever-increasing revisit rate, reflecting customer’s satisfaction. Careful study of consumer’s behavior and quick response to the needs of customers contribute to the success during its one-decade operation.

Mrs. Suwanna Buddhaprasart, Chief Executive Officer of LH Mall & Hotel Co., Ltd., revealed that the Grande Centre Point Group of four hotels boasts 2017 annual revenue of over 2,200 million baht, an increase from 2016 by 30%. With an occupancy rate registering at 85%, the growth is likely to continue this year in light of the favorable trend of the overall tourism and hotel business. The Group has set its revenue target for 2018 at 2,400 million baht with major customers from Japan, Hong Kong, China, Singapore, Korea, Taiwan, Malaysia as well as UAE and USA.

Mrs. Suwanna said that Grande Centre Point Group’s operation has been successful since its inception a decade ago. Its key to success is its service that can answer the very needs of customers. The Group has enjoyed ever-growing occupancy and room rates every year. Moreover the Group’s revisit rate is among the top comparing to leading hotels worldwide.

“It is true that hotel business is nowhere new but we reinvent our strategies to focus more on service quality and what the customers will receive. We carefully study the needs of customers and then design our service to answer them in order to create impression every time they come to stay with us, and we never rest in finding what they will possibly need in the future,” said Mrs. Suwanna.

The major strength of hotels in Grande Centre Point Group is location. All hotels are situated in the heart of Bangkok, not far from department stores, shopping area, central business and entertainment districts such as Asoke, Siam, Sukhumvit, Silom and Wittayu with easy access to BTS and MRT stations. One of the many outstanding features is the hotel’s fully-equipped common area and spacious rooms, which are meticulously decorated in modern Thai style – simply elegant and functional.

“We always think of every single detail of our guest’s desire and provide them with all needed amenities. We are the first to provide free Internet WIFI in all area for our guests. Drinking water in the hotel’s room is offered beyond the standards of other hotels. Free in-room snacks and beverages are also offered with more to come every day. To offer our customers convenience at the first touch point, we have improved our website www.grandecentrepointhotels.com to be user-friendly and optimized for all devices. We continue to develop every channel for our customers to give them lasting impressions,” concluded Mrs. Suwanna.

The Grande Centre Point Group has revealed 2016 annual revenue of over THB 1.75 billion. The occupancy rate of its three hotels along Sukhumvit road was also beyond any set targets. Its brand new branch in the heart of Thong Lo, “Grande Centre Point Sukhumvit 55,” is being unveiled under the concept of Stylish Sanctuary. The group foresees a bright future for Bangkok hotel industry, which grows to match a constant rise in number of Asian tourists.

Mrs. Suwanna Buddhaprasart, Chief Executive Officer of LH Mall & Hotel Co., Ltd., reveals that she expects Thai hotel business to continue to grow steadily in 2017, thanks to the increasing amount of Western and Asian tourists, which have been rising by 14% (the American zone) and 10%, respectively. The numbers clearly show that Asia is still the main tourist destination.

As for Bangkok hotel industry, Mrs. Suwanna believes there will be a surge in both occupancy and revenue. Asian tourists still make up the majority of guests and are ever increasing in number, especially for those from China, Japan, South Korea, India, Hong Kong, and Malaysia. Combining with the rise in number of American tourists, this will help compensate for the loss of euro-zone tourists, which may continue to decline this year.

Grand Centre Point Group boasts 2016 annual revenue of over THB 1.75 billion, an increase from 2015 by 15%. The hotels’ occupancy rate has also grown by 6% from an already high average rate. The group’s marketing plan this year remains centered around the concept of “Grande Your Stay” which represents the brand’s values: space luxury, functional simplicity, and dedicated service, with a goal of creating a lasting memory for the guests.

The group will also emphasize online marketing to connect with worldwide tourists, using sales representatives to target more diverse markets and expand its marketing base as well as to cater for its target’s needs. Recent studies show that customers nowadays tend to acquire information and make reservations via the Internet. They also opt to choose hotels with special promotions, impressive services, with complete and modern facilities including Internet WiFi. In order to reach the targeted customers, its marketing and public relations plans are being put in place to implement social media such as Facebook, Twitter, Instagram, etc to offer accurate information, special promotions, and other customer services. The hotel group also plans an online survey to gather its customers’ opinion, which will contribute to future development.

Mrs. Suwanna Buddhaprasart added that in 2017, the Grande Centre Point Group remains committed to the development of services for the convenience of customers. Apart from the all-area free WiFi, which the group is among the first in hotel business to offer, its guests will also be able to enjoy high technological services throughout the facilities. Every hotel room in the group is now equipped with a Smart TV which provides various international programs and can be connected to the Internet as well as the guests’ own smart phones. Guests can also find Grande & Go vending machines in their hotels’ public areas where they can buy moderately priced snacks and beverages 24/7 at their convenience. As for restaurant services, the group proudly invites customers to experience its Thai food corners, which always have the most popular Thai delicacies on offer such as holy basil stir-try, massaman curry, and many more.

General Manager of Grande Centre Point Sukhumvit 55, Mr. Somchai Meesri, comments that although the hotel business in Thailand is highly competitive, the group sees a lot of potential for this new branch. Its prime location, at the heart of Thong Lo and with easy access to a BTS station, boasts a copious amount of international restaurants, fashion boutiques, community malls, and pretty much every kind of goods or services you desire. Most accommodations available in the area are serviced apartments. There are currently very few full service hotels, which give the new Grande Centre Point Sukhumvit 55 plenty of room to grow. He expects its 2017 revenue to be approximately THB 420 million.

Grande Centre Point Sukhumvit 55 is a 5-star hotel. Its decoration incorporates classical western flair and eastern elegance seamlessly. The inspiration comes from the story of “Naga” or the Naga King Mucalinda, which is reflected in the architecture and the interior of the building so perfectly that it won Best Hotel Architecture Thailand from the International Property Awards. The Grand Centre Point Sukhumvit 55 is also the first hotel with the largest Japanese styled onsen spa services, covering an area of ​​1,800 square meters. All the facilities in the hotel are copiously provided and designed with simplistic convenience in mind.

Grande Centre Point Sukhumvit 55 has 442 guestrooms, each offering modern décor and exciting views of Bangkok. The amenities in all rooms comprise of a large bathtub, a shower, an automatic toilet seat, a Smart TV, a safe, an iron, and free WiFi in all areas. The hotel also prides itself in providing a variety of room types and facilities to meet the needs of customers. Among the outstanding options are the Lady Deluxe rooms for women only; with provisions and facilities as well as added security to make women travellers feel more safe and comfortable. Other excellent services provided by the hotel include a business lounge, an outdoor swimming pool, jacuzzis, a fitness club, a sauna, steam, yoga room, a recreation room, and social rooms 1 and 2.

The General Manager of Grand Centre Point Sukhumvit 55 added that since 90% of the hotel’s customers are foreigners, the management plans to focus its marketing activities more on foreign markets, especially for the Asian countries, with intention to expand to European ones next. Two parts of the plan include offering various promotions and improving services by enhancing staff’s performances to accommodate the market growth.

Upholding its reputation as one of the most popular travel destinations in the world, there have been more than 32 million visitors to Thailand in 2016, generating over THB 2.6 trillion in revenue. This is a clear evident that our unique sites, culture, and smile, are still as charming as ever in the eyes of worldwide tourists. 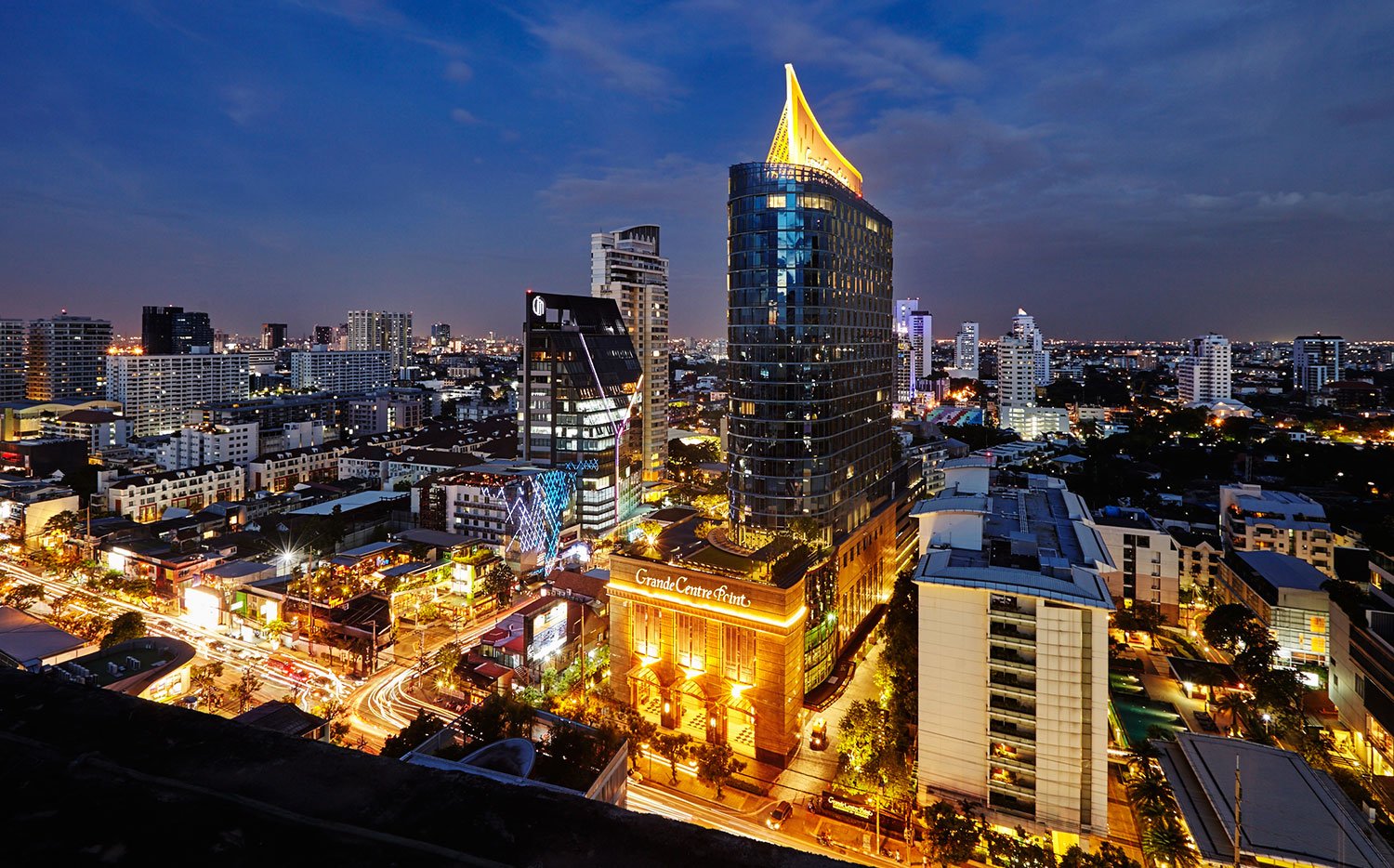 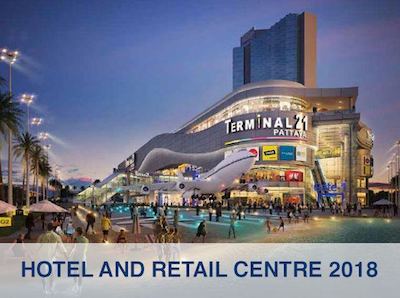 Strategically located on three major roads next to Pattaya Dolphin roundabout the new wave of exciting retail concept will be arriving in the city’s famed shopping scene together with the stunning 25- floor hotel with 396-luxury guest rooms.

It includes stock quotes, an investor newsletter, and even the new investment opportunity report for current shareholders. 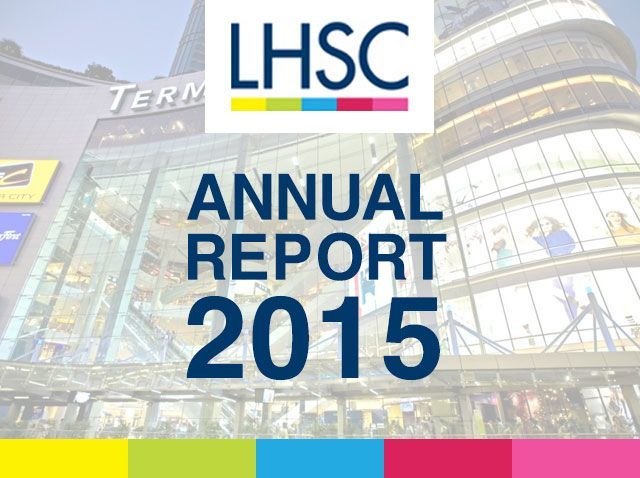 It includes stock quotes, an investor newsletter, and even the new investment opportunity report for current shareholders.